From 25 September on Sky Arte in collaboration with Tiwi, the docufilm that celebrates the 32 years of Galleria Continua. A gallery that becomes the subject of a film? Well yes. Not just any art gallery, but the one that made a dream come true and if you want to grasp the ingredients of this success, it is an invitation not to be missed. Dreams can be realized, just believe firmly. 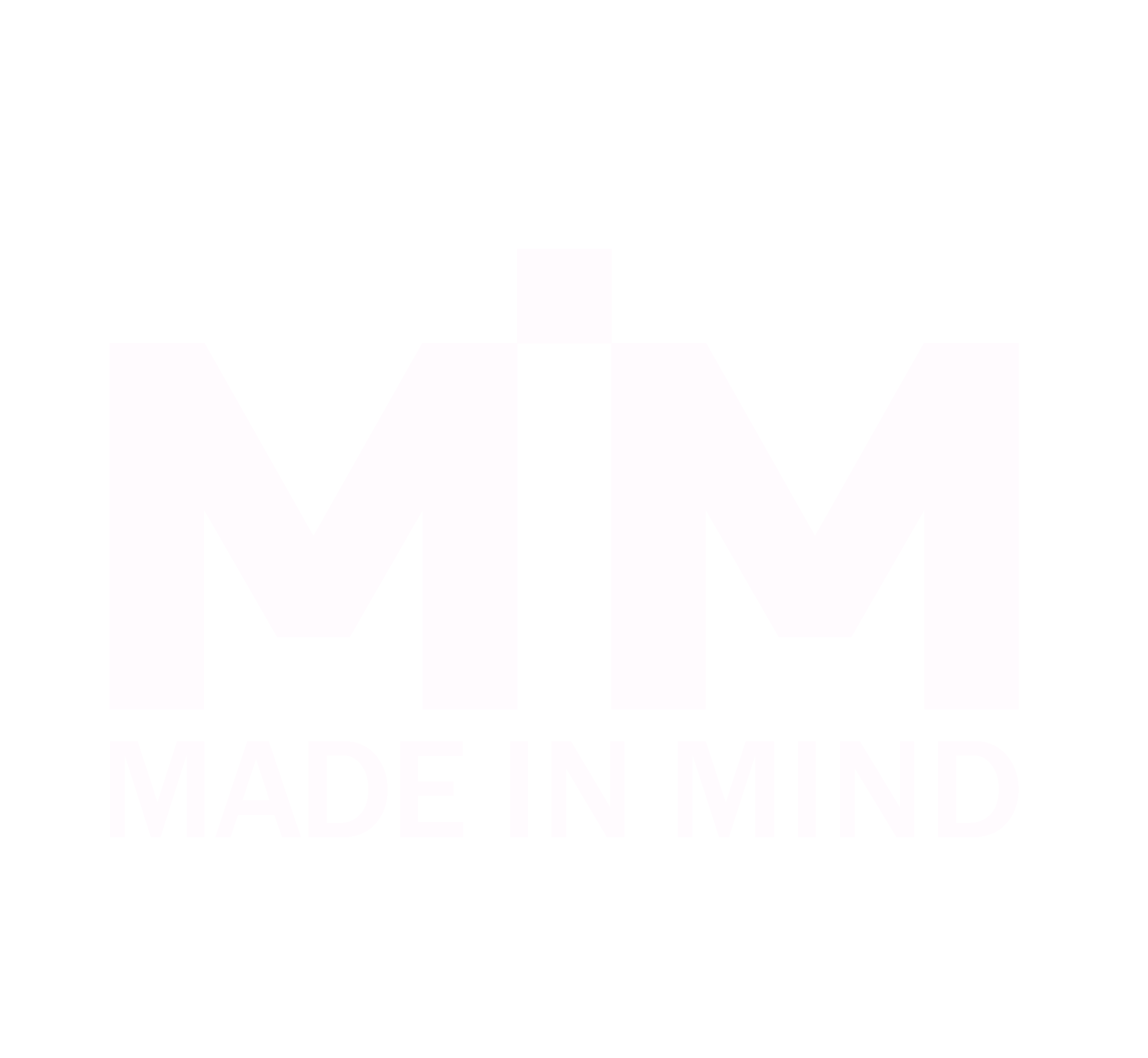 What a beautiful word is dream? It includes worlds to be discovered and it is an activity common to all, in fact, we all dream, but we must be lucid, few bring those dreams to reality. Skills that Mario Cristiani, Maurizio Rigillo and Lorenzo Fiaschi of Galleria Continua had incredibly had 32 years ago, believing in a project that seemed to be bigger than them. They started dreaming from a very young age, and through some essential ingredients, they achieved success. This success is told today in the film “Ability to dream” created by Sky Arte and Tiwi. The first element, which we could mention, is friendship, made up of climbs and descents, like all friendships in this world, which enabled them in 1990 to found the cultural association Arte Continua, in order to work on the territory. Even then a very broad gaze, aimed at bringing art to public places, to enjoy it and be able to question oneself, as well as reflect on its values, in a period in which many others instead kept their collections or works in a casket, Mario, Maurizio and Lorenzo shared.

Together with the association, Galleria Continua is also born, from a private-public, made up of investors and research, today a world-famous personal brand.

The ingredients are enriched with tenacity and sharing … Again thanks to friendship, this time that of an artist, Chen Zhen, who since 1999 with the Venice Biennale has created a lasting partnership that will give life to the first Italian gallery in China. Beijing in 2004 becomes the second branch … What the gallery owners had understood in Tuscany, they repeat with charitable events in China, remembering that it is more important where you want to go than where you come from. It is not the only place with a particular history, even the headquarters of Cuba, surrounds itself with a golden aura, this time thanks to another special artist, the master Michelangelo Pistoletto, who gave birth to the first Italian non-governmental gallery in Cuba.

The dream really continues, trust and friendship have guided many paths … Loads of great humility, with the richness of this awareness, of the strength that binds them, with sincerity, this dream becomes a bridge between the past and the present and the future. Thus, Mario, Maurizio and Lorenzo started from a place strongly anchored to the past, and continue to project themselves towards the future, with many artists who today are among the history of art books, writing the pages of world culture.

Today Continua has 8 offices around the world, a number that will continue to grow because, they say “they have no intention of stopping”, the mission remains the same, to sensitize people and bring them closer to contemporary art. Art for them is a sip of water, with which to give birth to the sprouts of novelty, of hope … The gallery owners are unanimous in saying that: – “The heart is always thrown beyond the obstacle.”

The documentary includes some of the artists of the gallery, Giovanni Ozzola, Hans Op De Beeck, Berlinde de Bruyckere, Pascale Marthine Tayou, Antony Gormley, some precious members of the staff, such as Silvia Pichini, and Angela Vettese who represents the other part, as a historian, which has experienced many fundamental moments and retraces some of them.

To art, friendship and love.

Mario, Maurizio and Lorenzo retrace the beginnings, from the small space near the church of Sant’Agostino to the anecdotes of the latest locations, through photographs and short films, they tell the projects dedicated over the years, from the fundamental guide of Luciano Pistoi, great gallerist and art critic, who saw them take their first steps with “Art to art, art architecture landscape”, a project that became ten years old that led many artists to create site-specific works, which thanks to the commitment of the association and of the Administrations have become permanent through donations.

Many artists have become passionate about the project, starting with Michelangelo Pistoletto, who was impressed and agreed to bring modern art to the places of ancient art, repeating and amplifying

the Division and Multiplication of the mirror, which, as claimed by the master, the matter empties itself, with the discourse around the idea of art and craftsmanship, art revolved around a frame. “If art is the mirror of life, I am the mirror. I have become a magician: inside a mirror cut in two, as many mirrors as possible numbers have appeared, up to infinity.”

The artist had gone back to being a craftsman to tell the story of creation, how an idea comes to life. Calling the artists to create these works, they come without asking anything else, among them those who are strongly dedicated to the territory of Poggibonsi, a place near San Gimignano and dear to Mario Cristiani, we could say the new city compared to San Gimignano, is Antony Gormley, (the artist who has always been attentive to ecology) who listens to citizens, questions them, takes the cast to return them as living and alert presences, positioning them in central contexts, in the middle of the squares, in the station, on the walls of the castle.

From Art to Art we arrive at the regeneration of society, an operation that very few galleries are willing to do today, and the boys of Continua instead, address this invitation to dream big, to believe in yourself, the magic of life then will do the rest.

The docufilm also traces the history of the offices, to date there are 8 with the new opening in Dubai, in the iconic sailing building, Burj Al Arab Jumeirah. The artists have moved the threads of destiny, they have created together with the three gallery owners something that does not exist, simplicity and conviviality have brought new ideas that are extremely flexible, such as that of opening up to the outside of the Tuscan territory and towards the territories of the offices. , all the galleries that have opened are made of human stories with the desire to educate the public on the appreciation and knowledge of contemporary art.

All the artists are unanimous in saying that they live in a family, which continually stimulates them, they live in a dream in which everything they think, even if it were an impossible work, giant, or a whirlwind, everything can come to life, business plans are cancelled according to art for the sake of art.

The gallery has recently celebrated 15 years of Les Moulins, its first space in France, with unpublished exhibitions by Subodh Gupta, Michelangelo Pistoletto and Sislej Xhafa, leading artists of the gallery.

We asked Subodh Gupta to tell us something about the exhibition, entitled My Village, in addition to the impressive metal installations, the artist told us about the paintings, in which he wanted to experiment with the intent of transmitting memories, nostalgia, and desires. and the struggles that permeate the stories of the country of origin of the artist, India.

When we come into contact with the works on display, it is necessary to ask ourselves how we reflect on the objects and how their images speak to our education, understood as a process of accumulation of information capable of defining the identity and thought of the individual. More specifically, what the artist asks the observer is to reflect on the memory of the first meal eaten, how the latter contaminated the contexts of the society in which we grew up, what dynamics of the way we eat a meal, and the common act of sharing it or not, reflects a larger story of ourselves.

The latest fundraising campaign of Galleria Continua and specifically of Associazione Continua is Art for Reforestation, which has oxygen as its protagonist. Supporters and sponsors are sought, the proceeds from the sale of the works donated by more than 15 international artists will in fact be used for the realization of an urban reforestation project in the popular Tobbiana / Allende neighbourhoods in Prato, in collaboration with the Municipality of Prato on the project by Stefano Mancuso and PNAT.

This is the first step in a broader effort to raise awareness of public housing as works of art, we must improve the lives of people who have less chance, and improve the quality of life. Democracy, says Mario Cristiani, is not just going to vote. We are the Dèmos and we must keep in mind that there are many people in poverty who are often abandoned by politics. Our aim is to help them, in the meantime by installing trees, thanks to the donations of the artists some works will be placed, we will transform these houses aimed at energy saving, in a combination of form and content. To encourage fundraising, they offer a work by Antony Gormley at 210,000 pounds, a lower cost than the gallery, to help this urban regeneration and help the teaching of art, in short, like a mantra, they invite us to live together with art, art as a public good, we will soon see new incubators for artists, a material to feed on for the public.

They invite all, especially young people, to follow their example and not to be intimidated by the means, because they have made it, they need the ability to dream.

From 25 September Ability to Dream, the dream continues, on Sky Arte.

I have been living and working in Milan since 2016 where I teach and write about contemporary art. I follow my passion for art always, not only for my career, but also for my hobbies, in fact, I define myself an art lover. I also love to travel and read. I have been writing for Made In Mind since 2017, I have been manage the Streams column since 2020.